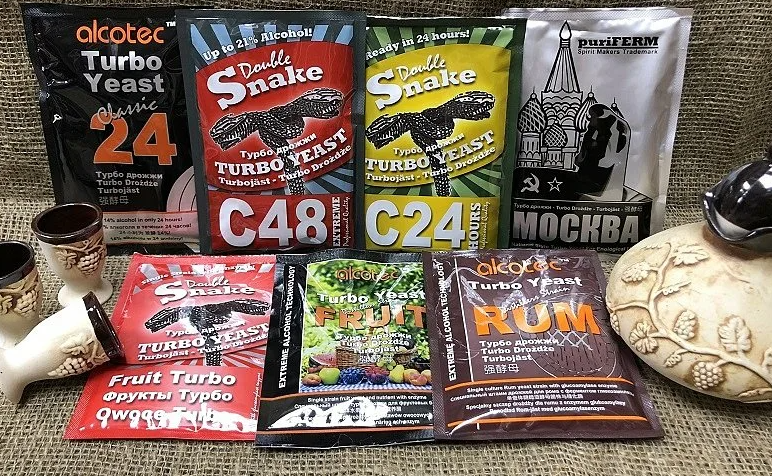 Alcoholic drinks are made by yeasts, mostly (but not only) strains of the species Saccharomyces cerevisiae, fermenting carbohydrates. Is it possible to manufacture alcohol with any yeast? So, to answer your question briefly, no, only certain yeast strains may be utilized to create wine. But that does not rule out the possibility of finding a viable yeast strain. Some yeast strains ferment more slowly than others, or perform better at specific temperatures.

How to Choose the Best Yeast

We brewers put a lot of thought into the components we use in our recipes since the recipe is what characterizes the beer we create. The most creative and exciting component of brewing is developing the formula and selecting which ingredients would work best in a beer, and the end result is the brewer’s signature.

Each brewery’s product has its own distinct flavor, thanks in part to the brewer’s trademark and recipes, and in part to the house yeast strain. Choosing a yeast strain for a certain beer type is an important element of recipe development, whether you are brewing in a commercial brewery or at home.

More than 500 strains of Saccharomyces cerevisiae are cataloged by the National Collection of Yeast Cultures in the United Kingdom, although this list is not exhaustive. There are many options, and the brewer’s choice of strain has just as much of an impact on the flavor and fragrance of the beer as any other component.

When selecting a strain, there are various factors to consider. These factors include flocculation, taste and aroma characteristics, fermentation byproduct generation, attenuation, fermentation pace, style suitability, and, most importantly, the brewer’s familiarity with the strain.

Lager yeasts prefer temperatures in the 50–55 °F (10–13 °C) range to ferment better than ale yeasts. Although lager yeast is classed as Saccharomyces cerevisiae, the same as ale yeast, many brewers still refer to it as S. carlsbergensis or S. uvarum. In 1881, Emil Christian Hansen of the Carlsberg Laboratories was the first to isolate this unique yeast. Hansen was one of the first to create pure culture methods, which are being used in microbiology laboratories today. Hansen was able to cultivate this new yeast, lager yeast, in its purest form and keep it for lengthy periods of time on a mixture of wort and agar, which provides a semi-hard surface. Lager yeast could be transferred all over the world thanks to its long-term storage, and lager brewing eventually surpassed ale brewing globally.

What made lager beer so popular? Most ale fermentations at the time lager yeast was found had some wild yeast and bacteria, and the resulting beer had a relatively limited shelf life. Lager beer could be brewed at a low temperature, which kept wild yeast and bacteria at bay. (Because of the slower fermentation, contemporary lager brewers have Pediococcus issues, although they are likely to have less than pre-modern ale brewers.) As a result, lager beer had a longer shelf life, resulting in a larger distribution area and increased sales. Breweries began to move to lager production in order to boost sales.

Yeast in Moonshine: a Complete Guide for Moonshiners

Yeast is one of the most crucial elements in moonshine production. Those who are new to shining, on the other hand, may be unsure of which type to use or even how much to use. Check out our comprehensive guide on employing yeast in moonshine for more information.

One of the reasons most recipes do not mention the amount of yeast to use is that it varies based on the kind. Of course, this may be incredibly irritating for someone who is new to moonshining and is attempting to gather materials for their first mash.

Only half of the fight is knowing how much yeast to buy. There is also the crucial choice of which yeast to purchase. Of course, this is a matter of personal taste. There are several varieties of yeast that will work, including the bread yeast you probably already have in your pantry!